CHACHAPOYAS: KINGDOM OF THE CLOUD 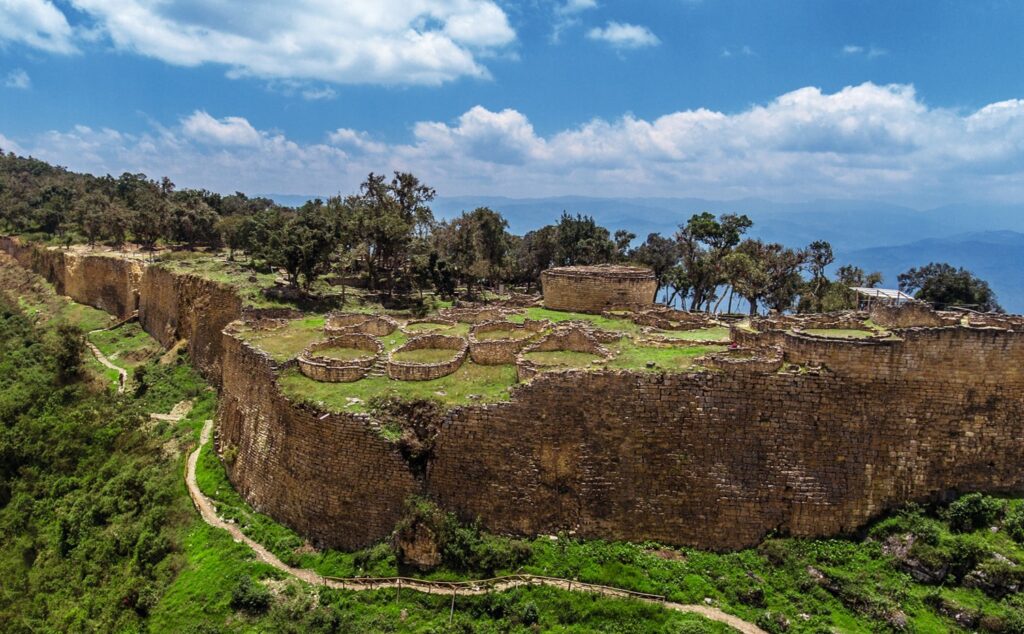 Kuelap is a fortified citadel located in the mountains that watches from the above. It is an ancient legacy of the Chachapoyas culture that developed from 500AD till 1570AD.  Its impressive walls are up to 20 m high and reveal and advanced engineering and architecture technique. Due to its strategical location, Kuelap was built for defensive purposes against other ethnical groups, you will marveled at admiring its great lithic wall which has three entrances that become narrower until it allows the passage of one person.

These graves are known by locals as Purunmachus, a quechua Word meaning “ancient man”.  At this archaeological site you can appreciate around 14 tombs  embedded in the cliff. In each sarcophagi there was a mummy in a fetal position. They are all clothed with typical textiles if their time. Six of these graves are 2,50 m high.

This waterfall has two drops: one is  231 m high and the other one is 540 m high. It was discovered in 2002 by German researcher Stefan Ziemendorff. Local people call it “La Chorrera” and sits near to Cocachimba and San Pablo villages in Valera district at Bongara province in the Amazonas department.

This canyon is the home to a great microbiological  biodiversity that allows to show xerophytic flora and small bushes. Its fauna includes  roedents,  marsupials and birds likefalcons, partridges and pigeons.   From the mirador there are magnificent views town to the varied and rugged geography that makes up the relief of the Amazonian Andes. 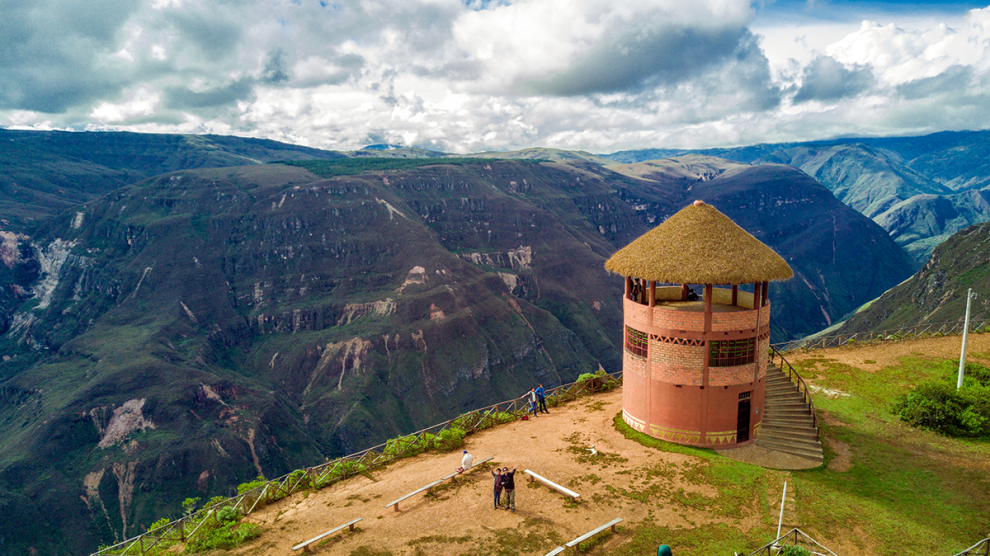